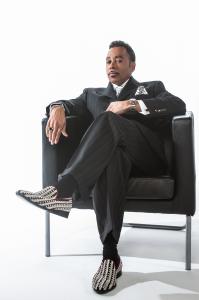 The album’s first single and video featuring Big Daddy Kane titled “Grown Man” was released in July and debuted strongly on the iTunes Contemporary R&B chart, and is currently continuing to climb the charts. The next single, which is scheduled for release in September, is sure to surprise quite a few fans. Buckle up for this one. The release of the album is scheduled for 11/11/22.

“On behalf of my client, the legendary Morris Day, along with our team at MDE, we are very pleased to be part of the Universal family for what is sure to be a defining moment in his illustrious career,” said Courtney Benson, Director. for Morris Day.

“Morris Day is an incredible addition to the successful history of iconic artists that Bungalo Records has had the honor of working with over the past two decades. I have been a huge fan and now Morris Day and Bungalo will create their own story together,” said Paul Ring, CEO of Bungalo Records.

“Morris Day is an undeniable talent. His music, style and artistry have been an inspiration to music lovers and artists around the world. We are delighted to be working with Morris and Bungalo Records on the release of his latest solo album,” said Frank Hensley, Senior Director of Label Relations, Universal Music Group.

Morris Day will promote the new release with an extensive farewell tour titled “Last Call” Tour in 2023. Tour dates will be announced soon.

Morris Day is an award-winning and legendary musician, songwriter and actor. He is best known for his role as the lead singer of the iconic band The Time. In addition to his success in music, he landed blockbuster film roles in several big-screen movies, including the mega-hit “Purple Rain”, “The Adventures of Ford Fairlane”, “Graffiti Bridge” and “Jay And Silent Bob Strike Back”. Some of his greatest musical hits include Jungle Love, The Bird, and Fishnet, a track that landed at number one on the US R&B charts.


EIN Presswire’s priority is source transparency. We don’t allow opaque clients and our editors try to be careful not to weed out false and misleading content. As a user, if you see something we missed, please bring it to our attention. Your help is welcome. EIN Presswire, Everyone’s Internet News Presswire™, attempts to define some of the boundaries that are reasonable in today’s world. Please see our editorial guidelines for more information.